Is wine bad for the prostate? 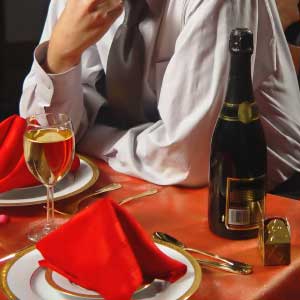 What effect, if any, does drinking wine have on the prostate? See more wine pictures.­
iStockphoto/Sandra O'Claire

­Alcohol is rarely thought of as healthy. We know it can harm your kidneys when consumed too often or too fast or in too much quantity. It dehydrates your body­ and dulls your senses. So, you wouldn't expect to learn that drinking some alcohol could have a positive impact on a person's health. But, for some people, it could.

For a few years, scientists have been speculating what effect wine has on the prostate and, more specifically, prostate cancer. Early research did not show much useful informati­on, but new studies may have found what they were looking for -- a link between wine consumption and prostate health.

It wasn't until recently when researchers began studying the effects of individual types of alcohol that any new links were discovered. But after looking at the drinking habits of roughly 750 males, each having had a recent diagnosis of prostate cancer, and 700 similar but healthy males, new links were discovered. The study concluded that while there is no overall link between general alcohol consumption and prostate cancer, it appears that red wine will reduce a male's risk of being diagnosed with prostate cancer. In fact, drinking somewhere between four and seven 4-ounce glasses of red wine each week will reduce prostate cancer risk by a little more than 50 percent [source: Science Daily, WebMD]. What's especially exciting is that red wine seems even more likely to decrease the risk of some of the more aggressive strands of the cancer.

­The keys to this are drinking in moderation and sticking with reds [source: Cromie]. While it's not altogether clear why red wine is more effective than white -- or other alcoholic beverages for that matter -- researchers have their theories. The most common one involves the antioxidant resveratrol, which is found in the skin of only red grapes. It's proposed that this red wine ingredient must have a positive effect on the androg­ens that stimulate the prostate [source: Science Daily, WebMD].

Further research is planned to understand this link better and to look at red wine's impact on other health issues, like strokes, heart attacks and diabetes.

Be sure to check out the next page for links to additional information.