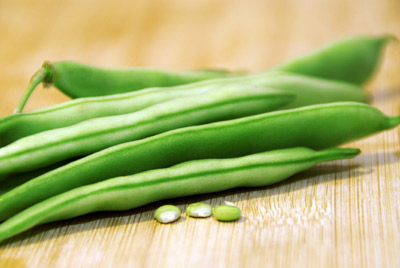 Flavorings are made from precise mixtures of synthetic or natural chemicals. If they're mixed incorrectly or in the wrong quantity, the flavoring will not produce the desired flavor. So how do flavorists learn what chemicals make up particular flavors? How do they determine a flavor's correct blend?

Flavorists usually begin with a directive from a food manufacturer suggesting a new flavor. The scientists' first task is to decipher the directive's goal. Because flavor is a vague concept, it's often difficult for untrained people to describe it in unambiguous terms. Flavor scientists must use their artistry and creativity to pinpoint a company's flavor needs.

Some flavor businesses establish the chemicals behind a flavor by burning a sample food -- like a green bean -- in a gas chromatograph. As the green bean burns rapidly, it releases a vapor that is filtered into a spectrometer. The molecules pass through the spectrometer in order of weight and size, and flavorists identify their concentrations. After discounting the molecules that make no contribution to taste, scientists are left with the core chemical building blocks of green bean flavor. Then they replicate the flavor with natural or synthetic chemicals. Occasionally, when flavorists want their flavorings to mimic something more subtle, they'll sample the molecules of a plant's volatile gasses without ever having to break or burn the matter.

Once flavors are formulated, they must be tested in different foods and under different processing techniques. Many flavors will never make it to the shelves. Food manufacturers can't afford to launch and market a product with an imperfect flavor.

To learn more about flavor science and taste, peruse the links below.

Food manufacturers try hard to keep up with fickle food fashions and the gustatory demands of growing populations. Children, who generally favor 60 percent more flavor in their food than adults, are partial to intense flavors like super sweet or sour candies [source: Time]. Hispanic consumers often prefer sweeter beverages. The American obesity epidemic has also driven some manufactures to try to formulate new low-fat, yet still flavorful, foods. Flavor companies can imitate the mouth feel of fat with seemingly creamy starches and polysaccharides or replicate the moistness of fatty foods with humectants like glycerin.