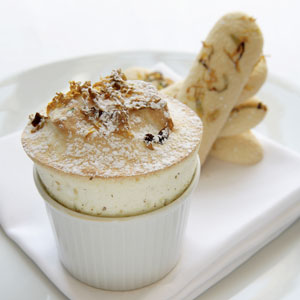 French grande cuisine is as delicious as it is elegant. Check out these international snacks pictures.
Lottie Davies/Getty Images

French cuisine is widely held to be the best, most refined food in the world. However, their culinary renown isn't surprising, as the French have spent more than 200 years promoting their grande cuisine -- the first cuisine to focus on the pleasure of eating instead of consumption for nutritional necessity.

After the French Revolution, the French middle class, or bourgeoisie, used this radical notion of eating for enjoyment to differentiate themselves from the former aristocracy's focus on presentation over flavor. The world's first restaurants opened in Paris in support of the grande cuisine [source: Kiple].

Not all French cooking adheres to the mandates of the prestigious grande cuisine, and each region has various culinary tastes and specialties that are celebrated in their own right.

In North and Northeast France, near the Belgian and German borders, the climate is cold, and the food more closely resembles the cuisines of the neighboring countries than it does the rest of France. Here, sauerkraut, sausage, cabbage, potatoes and pork are all commonly consumed. The residents even forgo wine -- a staple across the rest of France -- and drink beer instead, as grapes cannot be grown with any consistency in this region [source: Ashkenazi].

Seafood is popular in the Normandy region of Northwest France, and fish, lobster, mussels and oysters are all harvested off the Atlantic coast. This region is especially prized for Calvados brandy, which is made from local apples.

The dishes served in Provence, located in Southeast France, also rely on fresh vegetables, fish and seafood. However, the close proximity of the Mediterranean causes the cuisine to take on a light, tropical taste. Dishes in Provence usually include garlic and are almost always made with olive oil. Fresh local herbs, such as thyme, basil and rosemary, add a unique, flavorful taste to Provencal meals. The area is also France's oldest wine-producing region, and the wines made here are some of the most famous and respected in the world.

Rich, fatty food is favored in Southwestern parts of France, and meats such as fish, seafood, pork, and duck are popular and often appear with goat cheese. The wine from this area is particularly prized, and most food is prepared to accompany it.

Of course, the most famous cuisine in France is found in Paris. Spectacular restaurants can be found throughout the city, the best of which use a combination of the freshest ingredients the nation has to offer. The most famous (and expensive) restaurants in Paris craft exquisite, flavorful meals that continue the city's tradition of the grande cuisine. If you can afford to visit these establishments, you won't be disappointed.

You don't have to hop on a flight to Paris to experience the grande cuisine and enjoy French food. Bring the taste of France to your dinner table with a fresh baguette or some French onion soup. If you want an even more authentic experience, try making crêpes for breakfast or crème brûlée for dessert.

In medieval times, French nobles and aristocracy shared cutlery and ate communally from a single dish. Future generations' repulsion of this custom led to the individualization of dinnerware and the advent of many table manners we use today [source: Kiple].