Splurge vs. Save: Lobster vs. Crab

by John Kelly
NEXT PAGE 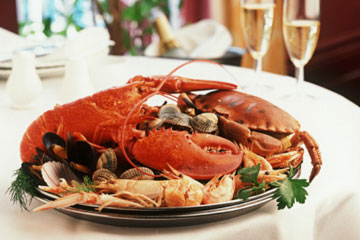 Can't decide between splurging on lobster or saving cash with crab? Consider dishes that let you incorporate both.
Justin Lightley/Photographer's Choice RF/Getty Images

Lobster is often considered the go-to food when you want to wow your guests. But crab usually costs significantly less, so frugal cooks may be tempted to substitute it instead. Let's have a look at when you should splurge, when you can save, and how you might do a bit of both.

Lobster as the Star

"You should definitely go with lobster when the seafood is the star of the dish," says Michael LaDuke, executive chef and senior director of culinary development at the Red Lobster chain of seafood restaurants. "When you're serving substantial pieces, it has to be lobster. If you're going with a pasta or a cream sauce, where the seafood plays a supporting role, crab can do very nicely." For example, he suggests that a chilled lobster salad, where the taste of the lobster is out front, is not a time to substitute. And obviously, you're not going to economize if you're intent on serving grilled lobster or a traditional lobster dish like lobster rolls.

Crab is often featured in appetizers, such as traditional crab cakes, spring rolls or dip. It works best in recipes that call for minced or flaked meat, not big chunks. That's why it can be a cheaper substitute for lobster in entrees where a starch is carrying the load, like pasta, couscous or risotto.

Lobsters and crabs are kissing cousins: both members of the crustacean family, with a tough outer shell and tender, boneless meat inside. Their tastes are similar in some ways but still distinct -- many food experts describe crab as having more of the taste of the ocean. As fans of "Lobster Wars" and "The Deadliest Catch" can attest, it takes hard work to harvest either from the sea.

Crab generally costs about 35 percent less than lobster, per ounce of meat [source: LaDuke]. Prices aren't easy to compare because consumers usually buy lump crab meat but purchase their lobster in the shell. Only about a quarter of the weight of a whole lobster is meat once you've removed the shell and internal organs [source: LaDuke].

Chef LaDuke cautions, "Most people overbuy seafood." Home cooks tend to figure on a whole lobster tail per person, but, depending on the recipe, that might be enough to feed two. In some dishes, two ounces of crabmeat per person can be plenty. You can cut costs from the start by not overestimating how much of this rich meat you need.

Instead of thinking about substitution, you might consider how lobster and crab can work together. The lobster can provide the highlights, while the crab adds the grace notes and, at the same time, cuts cost.

This is the case in seafood stews and paellas. A few pieces of lobster with crab rounding out the dish can make either seem like an indulgence -- without busting your budget. Combining either lobster or crab with shrimp can also enhance a variety of dishes and save you money at the same time.

Other Ways to Save

"Think of lobster as more of a condiment than a main dish," says Cynthia Lair, co-creator of the Web cooking show "Cookus Interruptus." "If you use it just to add flavor to a dish, you're far less restrained by cost because you're using a lot less."

Chef LaDuke offers a similar suggestion. For example, he says you can build an economical meal by pouring lobster butter, which is prepared with only a small amount of lobster, over sirloin steak. The dish tastes luxurious, but it's thrifty as well.

Bottom line: Substitution is fine in many cases, but it's not always either-or. A combination of the two can be a perfect and affordable compromise.

In the colonial era, lobsters were so plentiful that they were looked upon as food for the lower classes. Servants in Massachusetts insisted in their contracts that they wouldn't be required to eat lobster more than three days a week [source: Gulf of Main Research Institute]. 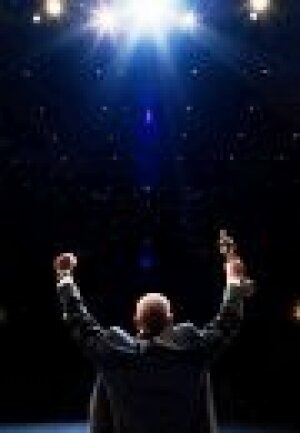