by Jessika Toothman
NEXT PAGE 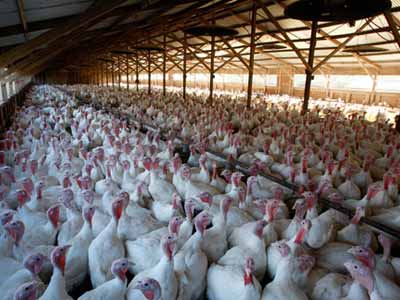 Wild Turkeys Image Gallery These turkeys were just a handful of the millions cooked for Thanksgiving dinners in 2007. See pictures of wild turkeys.
Justin Sullivan/Staff/Getty Images

It might come in fourth on the list of America's top protein choices, but one day out of the year nothing else will do [source: National Turkey Federation]. Every Thanksgiving Day, chicken, beef and pork all step aside and make room for their poultry compadre, the turkey. For turkeys, however, Thanksgiving isn't such a blessing. It's estimated that in 2007, a whopping 46 million turkeys were consumed for the occasion, some suffering the fate of being stuffed not only with stuffing, but also with a duck and a chicken to create a poultry profusion called turducken [source: National Turkey Federation].

The advent of Thanksgiving Day is often portrayed by elementary-aged students -- all decked out in mom-made outfits as Pilgrims and Indians -- as a riotous good time between the Wampanoag tribe of Native Americans living near Plymouth Rock and their recently acquired British neighbors in 1621. Although the two groups did share a meal and consequently sign a treaty that lasted more than 50 years, the official national holiday was not decreed until President Abraham Lincoln proclaimed Nov. 26, 1863, a national day of giving thanks [source: Encyclopedia Britannica]. Before that, thanksgivings -- days spent in prayer thanking God for some fortuitous event or another -- were periodically celebrated by New England colonists, but not anything like the level of the national Thanksgiving festivities we see today.

But turk­ey didn't immediately join the Thanksgiving scene as the staple centerpiece and, interestingly enough, the turkeys that you see in the grocery store today don't really resemble the birds that Pilgrims and Native Americans may or may not have actually feasted on during their notorious meal. Those would have been either wild or domesticated native turkeys that tended to be on the small side, reproduced naturally, lived longer, grew slower and, perhaps most importantly, did not leave a good-looking corpse.

The dark plumage that looks so striking creates tiny pinpricks of pigment in the flesh that turned off many consumers. Because of this, and debates about which size was most appropriate for both private and commercial usage, a breeding campaign was conducted in the United States during the first half of the 20th century in search of a better-selling bird. The modern result is the broad breasted white turkey. These birds are specters of their ancestors; they've been bred to be colorless, larger and have bigger breasts.

Whether you roast it, smoke it, grill it or deep-fry it, turkey has really wedged itself a spot on the Thanksgiving Day dinner table. So how would turkeys have fared on the popularity charts if they weren't the focal point of magnificent Thanksgiving spreads? On the next page, we'll find out just how the scrappy bird was able to peck its way to the top. 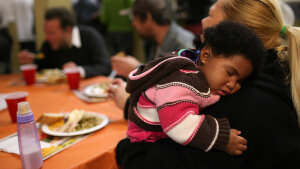 Is There Something in Turkey That Makes You Sleepy?

What's the fastest way to thaw a turkey? 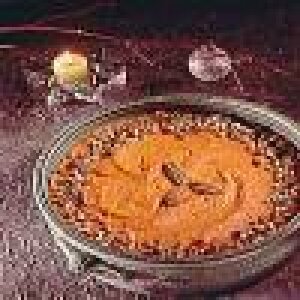