What's the Fastest Way to Thaw a Frozen Turkey?

Each year, thousands of Americans attempt to cook their first Thanksgiving turkey. These same people quickly realize it takes a heck of a lot more work to thaw out a frozen turkey than they might have initially planned.

It's not as easy as just letting the bird sit for a while. If you thaw a turkey incorrectly, bacteria will grow. That's because bacteria's favorite temperature happens to be right around room temperature, 60 to 70 Fahrenheit (15 to 21 Celsius) [source: USDA]. If you're thawing your turkey on the kitchen counter, the outside of the bird will reach those temperatures pretty quickly, but the inside will still be frozen solid. Instead, the optimal temperature for thawing a turkey is around 40 Fahrenheit (4 Celsius). Assuming you don't want to give your guests food poisoning, there are three different ways to thaw a turkey, but there's one way to skip the thawing entirely if you need to.

If you've managed to forget to thaw your turkey, there's no reason to despair. You can cook the turkey still frozen. And here's the kicker -- it's actually safer because there are no uncooked juices that can spill on the preparation area [source: Sternweis]. You'll need to cook it considerably longer than you would if you'd remembered to defrost it -- about five hours at 325 Fahrenheit (162 Celsius) for a 12 to14 pound (5 to 6 kilogram) turkey to get it to the recommended internal temperature of 165 to 185 Fahrenheit (73 to 85 Celsius). If you're in a pinch or you forgot to follow the directions on the next page, it'll work.

That said, thawing out the turkey ahead of time is the best route to take. The three most common ways to thaw out a turkey are in the refrigerator, in cold water or in the microwave. We'll give you a crash course in turkey thawing on the next page. 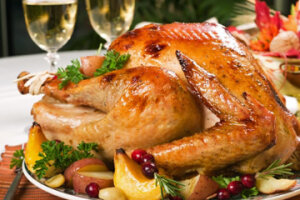 How to Cook the Perfect Turkey 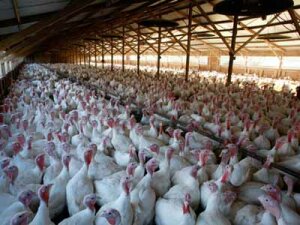