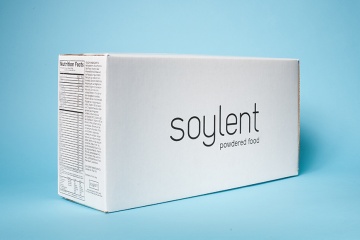 Dinner's ready, and it's never been so easy and quick to make!
Courtesy of Soylent

Inside a small pouch bearing a nutrition label and a simple logo is a powder that contains all the food you need for the day. You tear open the pouch, pour the powder into a pitcher of water, and shake the concoction like a can of spray paint until you've created a frothy, beige brew.

You take a swig, squint your eyes and search for the right words to describe the food that just passed your lips. Some have compared it to Cream of Wheat and Metamucil or a vanilla milkshake with the consistency of pancake batter. Others, less charitably, say its taste registers somewhere between cardboard and chalk. More often than not, a sip is met with indifferent words like "neutral" and "bland."

You might not know what it tastes like, but you can't forget what it is: Soylent. To its proponents, Soylent is the antidote for the hassles of a conventional diet. Instead of spending money at the grocery store and time slaving over the stove and the sink, with Soylent, you have a one-stop, healthy, convenient source of nutrition that's ready in seconds and costs a fraction of your average grocery bill. By breaking free of those dietary obligations, Soylent consumers have more time for work, play and other pursuits while still consuming a nutritious diet. In fact, those proponents say, you could lead a healthy life on Soylent alone.

But even though Soylent has garnered plenty of interest — more than 3 million "meals" have been sold in the United States since its commercial release — some question whether Soylent lives up to its claims [source: Westmore].

We're going to take a closer look at Soylent: its ingredients, how to buy it and why you might be skeptical that it's the only food you'd ever need. But first, we're going to look at the origins of Soylent and the Silicon Valley software engineer who decided he didn't want to have to cook ever again. 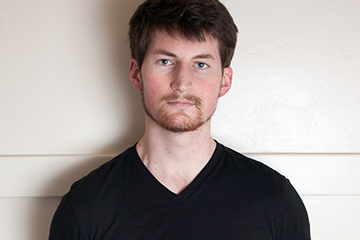 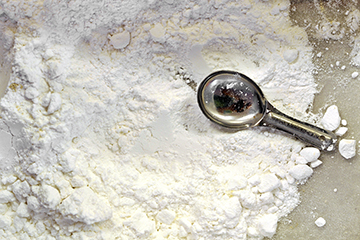 Potassium gluconate is just one part of what makes up Soylent.
Josh Edelson/AFP/Getty Images

Taste isn't Soylent's main attraction. Instead, the guiding principles behind its ingredients are convenience, low cost and healthful nutrition. It can be used as a standalone food or as an occasional supplement to a conventional diet. Because the ingredients are entirely derived from plant sources, they require fewer resources to produce. And for places hit by climate-change-induced catastrophes, war and other circumstances that restrict access to healthy food, Soylent could be a cheap, healthy, easy-to-transport source of nutrition.

Including Soylent's initial release, Rosa Labs has issued five different versions of the product, with each iteration reflecting updates to the formula: Switching the primary source of fatty acids from fish oil to algal oil, reducing sweetness, and tweaking the balance of macronutrients (energy-giving substances like protein, carbohydrates, and fat) and micronutrients (vitamins and minerals that help regulate bodily functions). Chances are, more changes will come in the future.

Here, we're going to look at Soylent 1.4, the version available as of April 2015. Each 500-calorie serving — a quarter of a standard 2,000-calorie pouch and the recommended size for a "meal" — contains [source: Soylent]:

All of the ingredients are generally recognized as safe by the Food and Drug Administration [source: Soylent]. However, Soylent is not organic or kosher, it contains ingredients that come from genetically modified sources, in addition to gluten and soy. Additionally, the health effects on people with diabetes, Crohn's disease, or similar health conditions are unknown. The bottom line: If you're thinking of giving Soylent a try, talk to your doctor first.

Now that you know what's in Soylent, let's say you've decided to give it a test run. Where can you buy it, and how much do you need to purchase?

According to the company, the formula for Soylent 1.4 was created by following recommendations from the Institute of Medicine — a nonprofit, health-focused branch of the U.S. National Academies — and advice from Soylent adviser Dr. F. Xavier Pi-Sunyer, chief of endocrinology, diabetes and nutrition at St. Luke's-Roosevelt Hospital Center [source: Soylent].

Ordering a Supply of Soylent 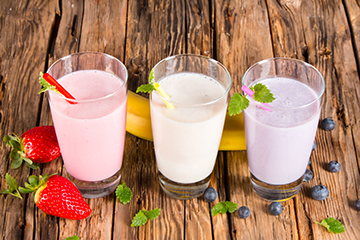 As of April 2015, Soylent is available only in the United States through its official website. Orders come in seven-, 14- and 28-pouch increments. The cost ranges between $70 and $300 an order, depending on the quantity and subscription discounts [source: Soylent].

To figure out how much to order, you need to determine two things: how many calories you need each day and how many of them you want to ingest from Soylent. You'll get the most accurate idea of your calorie needs from a dietitian, but you can get in the right ballpark with Soylent's online calculator, which estimates your daily calorie target based on age, weight, height, gender, lifestyle and goals.

Next, decide how often you're planning to consume Soylent: Are you just going to slug down a glass of the beige stuff when you wake up in the morning, or are you going to bid farewell to solid food? (Also, keep in mind that sealed Soylent pouches last more than a year.) If you're a 30-year-old, 180-pound (81.6-kilogram) male who exercises four times a week and you want to maintain your weight while eating Soylent for a week straight, for example, you'd need 2,574 calories a day or 18,018 calories a week — equivalent to just over nine Soylent pouches.

Your first order should arrive within four weeks and includes a 64-ounce (1.9 liter) pitcher and a 4.5-fluid-ounce (133-milliliter) measuring scoop. Preparing a full day's worth of Soylent takes seconds, but remember to refrigerate it and drink it all within 48 hours. Here's the rundown [source: Soylent]:

Now that we have a working understanding of the basics of Soylent, let's find out what the experts have to say about it.

Soylent's indistinct flavor is a deliberate move by its creators to prevent regular drinkers from tiring of the taste — and it also allows them add flavors of their choosing. Despite the fact that Soylent's creator devised the stuff as a way to cut down on food-prep time, the product's online forums are chock-full of homegrown flavoring ideas involving cocoa powder, cinnamon fruit, maple syrup, herbal tea and plain old sugar. Try combining 16 ounces of prepared Soylent with two tablespoons of peanut butter and a quarter cup of fresh or frozen berries, then mix in a blender [source: Soylent]. 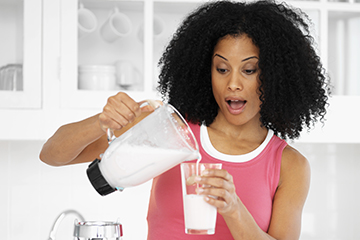