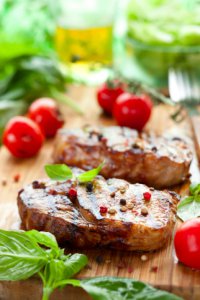 Fashion this tenderloin into a delicious sandwich.
iStockphoto/Thinkstock

First, the basics. As its name implies, the tenderloin is the most tender muscle in four-legged animals because it’s not actually worked all that often. Historically the tenderloin hasn’t been considered esteemed—few fine steakhouses serve center-cut tenderloin, and if you walk into any supermarket today one of the cheapest cuts of meat will undoubtedly be the pork tenderloin. But over the last few years, both pork and beef tenderloin have experienced a resurgence, of sorts.

How often are sandwiches the subject of a documentary? In his 1998 short film In Search of the Famous Hoosier Breaded Pork Tenderloin Sandwich!, director Jensen Rufe ventured through the great, wide state of Indiana in search of the ultimate pork tenderloin sandwich—eating nothing but them for breakfast, lunch, and dinner, seeking out restaurant-by-restaurant variants, and uncovering closely guarded recipe secrets from local Mom-and-Pop shops. This endeavor took a week and might have even lasted longer if Rufe had had more time to spare and resources to spend—there’s no shortage of pork tenderloin sandwiches in the Midwest, after all, as the region considers the food a source of pride.

So, what is it? Basically, it’s a breaded, fried pork tenderloin cutlet on a hamburger bun. Since a raw cut of tenderloin generally has a cylindrical shape, the meat is trimmed, hammered thin—so thin, superfans say, that you should be able to tear off pieces of the meat with your hands—with a meat mallet, dipped in flour, eggs, and breadcrumbs, and dunked into hot oil. (Unlike its close cousin the Wiener Schnitzel, classic pork tenderloin sandwiches are deep-fried and not pan-fried.) Once comfortably in place on a bun, the pork is topped with mustard, lettuce, onions, pickles, and mayo, and served with fries or onion rings. When all’s said and done, the creation sort of resembles the planet Saturn: a round bun with a thin, oblong piece of meat hanging off the sides.

Midwestern states contend for the title of best BPT (slang for “breaded pork tenderloin”). Pork production alone adds $2.5 billion to the Iowan economy; it’s here in the capital city of Des Moines that a restaurant called Smitty’s has been serving the “original” pork tenderloin sandwich since 1952. There’s even an Iowan blog cleverly named Des Loines, and it focuses on—c’mon, take a guess.

Of course, beef tenderloin is a tasty treat unto itself, too; in fact, you might very well eat tenderloin all the time but don’t even know it. Oblong in shape, the thickest end of the tenderloin (closest to the tail) can be turned into beef carpaccio; in the center, a “tenderloin steak” or perhaps even Chateaubriand (a recipe that calls for the meat to be served with a sauce of white wine, shallots, butter, tarragon, and lemon juice); and the thin end in the very front can be cut into filet mignon. (“Mignon” in French means "cute," but is often used in this context to mean "small".) Leave the filets to fancy steakhouses near and far: here we’re most interested in the center cut of the tenderloin, which produces tender steaks that can be sliced thin for crowd-pleasing sandwiches.

A classic beef tenderloin sandwich recipe from celebrity chef Emeril Lagasse can be recreated to your tastes at home, and without much difficulty: sear the tenderloin on all sides, roast for 25 minutes in the oven until the meat is medium-rare, slice thinly, and serve on a baguette with horseradish mayo (mayo, horseradish, lemon juice, salt, and pepper all whisked together), arugula, and freshly shaved parmesan cheese. Slice crosswise and serve with a spicy red wine. 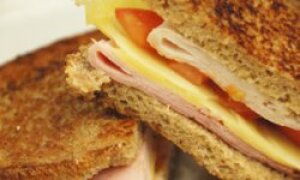 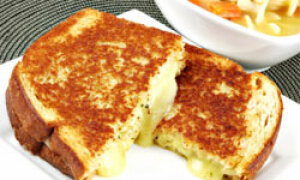