Despite the level of assumed culinary insanity it took for someone to think up such an outrageous dish, the turducken has been popular in the U.S. for more than 30 years, and has transcended novelty by cementing itself as the ultimate holiday meal for those who want it all.

But several questions remain for those who've never tried this elusive and confusing dish: Who invented the turducken? How do you make this mega-creature come to life? What does it taste like? And where do you even start when it comes to consuming this Matryoshka doll of meat? Like many crazy (and crazy-delicious) dishes, the turducken's origins start — where else? — in the Southern U.S.

History of the Turducken

The origin of the turducken is shrouded in mystery. One supposed inventor of the turducken was the late Louisiana Cajun chef Paul Prudhomme. He trademarked the term turducken in 1986, and helped make the poultry trifecta go mainstream. Prudhomme later claimed on a phone call to New York Times writer Amanda Hesser in 2002 that he was the one who first thought up this meat mountain. From Hesser's story:

He insisted that to truly understand turducken, you need to bone all of the birds and prepare three stuffings, one for each layer of meat, and cook the whole for 12 hours. (And yet, purist though he is, Mr. Prudhomme would not reveal the name of the lodge in Wyoming where he says he came up with the dish, when exactly he created it, or even his age.)

However, another legend has it that the dish was first thought up by two brothers within the confines of a butcher shop, Hebert's Specialty Meats in Maurice, Louisiana. Shop owners Junior and Sammy Hebert were approached by a local man who brought his "birds to their shop and asked the brothers to create the medley." Today Hebert's, which calls itself the "home of the world famous turducken," can stuff as many as 200 turduckens in a day during the holidays.

There are other stories, too, about its origin, but the idea of engastration (stuffing the remains of one animal into another) is nothing new. In the 18th and 19th centuries, engastration was a sign of wealth in Europe. And it was Grimod de la Reynière — one of the world's first food reviewers who also published the world's first food journal, Almanach des Gourmands — who's credited with stuffing a bird within a bird.

In 1807, he included a recipe for rôti sans pareil, the "roast without equal," in his journal. It consisted of 17 different birds, starting with a garden warbler and ending with a buzzard. There's no evidence he (or anybody else) ever prepared the rôti sans pareil, but it sure makes the turducken look like chump change.

Regardless of the turducken's original creator though, it was a man not involved in the food scene — one football legend John Madden — who popularized the turducken and brought it into the modern lexicon. Madden was introduced to the dish by way of Glenn and Leah Mistich. Leah came from the family that owned Hebert's and gave Madden a turducken during a 1997 game at the Superdome — a move that changed Madden's life forever.

Soon after that, Madden requested a turducken every Thanksgiving. In 2014, the word "turducken" was added to the dictionary, giving this ambitious, albeit bizarre meal a formal place in the world.

Unless you're well-versed in bird butchering techniques, you'd be better off buying a pre-stuffed turducken from your local supermarket or online.
Flickr/CC BY 2.0

How Do You Make a Turducken?

Making a turducken from scratch isn't the easiest task, though it can be done, provided you have the right ingredients: one deboned chicken, one deboned duck and a deboned turkey to house the aforementioned Frankenstein fowls:

Of course, if all of this seems super complicated, it's because it is. Unless you're well-versed in bird butchering techniques, you'd be better off buying a pre-stuffed turducken from your local supermarket or online. They're already deboned, stuffed and ready to cook, which is great for anybody who doesn't have the stomach (or ability!) to debone three birds.

Finally — the million-dollar question: How does it taste? Naturally, this is a totally subjective question, but as one who's eaten a turducken, I will say that you only need to take one bite to taste the power of this monstrous and delectable entree.

Because each meat holds a distinct flavor, the overall amalgamation of each fowl put together makes for a wonderful and unusual taste. It's a savory, gamey, tour-de-force that tickles the palate, all the while killing three birds with one stone.

Just keep in mind, the turducken isn't for the faint of heart. One serving is practically a meal is itself, and clocks in at around 510 calories, so proceed with caution.

NOW THAT'S Crazy
The turducken has become so engrained in the American mindset that Pringles (yes, the potato chips) offered up a Turducken Friendsgiving Feast that included, what else, the Turducken Stack. The $15.99 potato chip feast, which also included cranberry sauce, stuffing and pumpkin pie flavored chips, sold out in record time, though you might still find a few on eBay.

The Ultimate Downsize: Living in a Shipping Container Home

What's All the Buzz About Manuka Honey? 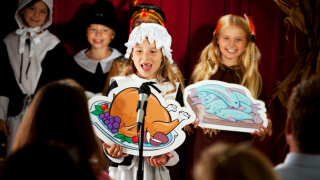 10 Historical Untruths About the First Thanksgiving 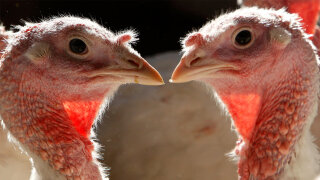 What's the Difference Between White and Dark Meat Turkey? 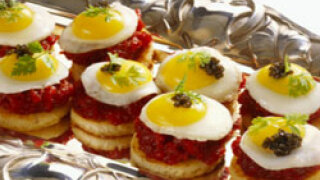