Why do some fruits have starch?

by Laurie L. Dove
NEXT PAGE 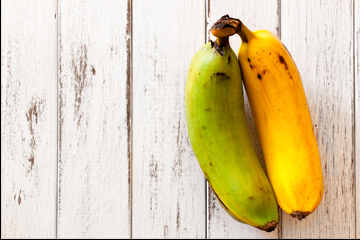 Sarah was having a rough day at work, and all she could think about was how she'd spend her evening. After an agonizingly long afternoon, she finally headed home to curl up with her favorite comfort foods and binge-watch a new series. During the hours of waiting, she'd longed for a plate of french fries. Or perhaps a few breadsticks and some dipping sauce. Better yet? A bowl of pasta.

Clearly, Sarah loved starches. But if you imagine Sarah's plate filled with different choices — an apple, some grapes, a banana — don't be fooled into thinking she was suddenly starch-free. Sarah would still be eating starches. That's because plenty of fruits have starches, too.

Why do fruits have starches? It's a matter of nature. Fruit comes from plants, and plants rely on glucose, in the form of starches, to grow. It all starts with photosynthesis, the process by which a plant converts light into energy. Some of this energy is used right away, and some of this energy is stored for later use. Specifically, glucose is stored as polysaccharides, which are carbohydrate molecules that can be metabolized for growth and other needs. These starches can be categorized in two ways: insoluble and soluble.

The insoluble starch, known as amylopectin, is part of a long-term energy supply. Insoluble starch molecules are too big to be easily accessed for energy, so they're stored away until needed; they act more like a certificate of deposit that doesn't allow withdrawals for an extended period of time. Soluble starches (amylose), on the other hand, are readily used for energy. Because of the smaller size of their molecules, amylose starches can move easily among cells. Think of amylose starches as the molecular equivalent of "cash on hand."

When it comes to fruits that are high in starches, particularly the insoluble kind, one rises to the top. Plantains, which look similar to bananas, are a longer and starchier version of the fruit. They're native to Africa, Asia, the Caribbean and Latin America and are typically cooked by baking, boiling, broiling, frying or steaming. One medium plantain has more than 57 grams of starch. Compare this to one banana, which has approximately 12 grams of starch. A single serving of prunes or figs has 4 grams of starch, and raisins have 2 grams. So it's easy to see that starches are common — but not necessarily plentiful — throughout the fruit kingdom [sources: Food, Self]. 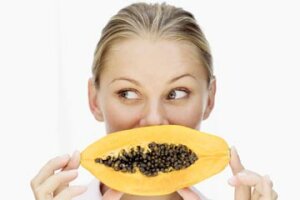 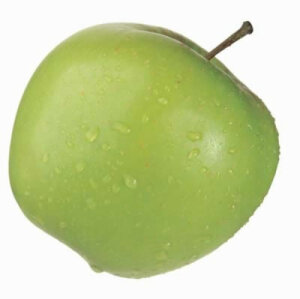