by Patrick J. Kiger
START COUNTDOWNNEXT
Start the Countdown
TV dinners have come a long way from their start in the 1950s. Jack Hollingsworth/Photodisc/Thinkstock

If there's a single, quintessential food tradition that reveals something about the American lifestyle, it might just be the TV dinner. It's simple and egalitarian -- for the price of one of those fancy coffee drinks, you get a full meal, including meat or poultry, potatoes, a vegetable and a dessert. It's convenient, because you can grab one from the freezer and cook the whole shebang at once in a single tray, either in a conventional oven or a microwave. It takes just a minute to open the package, which is perfect for a nation of people who seem perpetually on the go. And best of all, the little tray is ideal for eating in front of the television set, or at your desk at work. So it's not surprising that Americans typically eat TV dinners six times each month, and spend $7.9 billion annually on the frozen, prepackaged repasts [sources: Caplan, Lempert].

The TV dinner is such a hallowed American institution, in fact, that as the Apollo 8 astronauts hurtled home from lunar orbit in December 1968, they told the world by radio that they were celebrating Christmas by eating TV dinners brought to them by Santa [source: United Press International].

You'd be tempted to think that the Pilgrims brought TV dinners with them on the Mayflower, but in reality, the TV dinner is a relatively modern invention. Clarence Birdseye first came up with a quick way to freeze food in 1926, and the first frozen dinner was marketed on a large scale in the mid-1950s [source: Library of Congress]. But like most other things in our trend-loving culture, the basic TV dinner has gone through considerable evolution over the decades. Here's a look at 10 innovations that continue to please our palates. 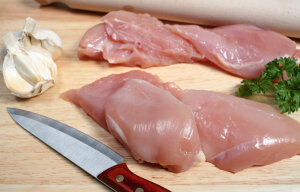 10 Foodborne Illnesses That Will Make You Wish You Were Dead 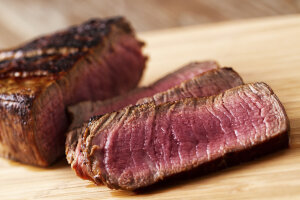 Is grass-fed beef better for you?