by Gallagher Flinn
Prev NEXT
3

The mid-1930s was a dark time for the United States. Deep in the throes of the Great Depression, the nation turned to Hollywood as a source of hope and escape. The shining star of the silver screen was Shirley Temple, a dimpled little girl with tap shoes and a can-do spirit. While she was still young, Temple secured her place in Americans' hearts and became the first child superstar.

Accordingly, she had to attend the requisite big star parties -- galas, movie openings and other industry events. And while it must have been glamorous to get a wink from Clark Gable, steal a dance with Fred Astaire or catch Humphrey Bogart and Lauren Bacall making eyes at each other from behind their martinis, even a child as winning and good-natured as Shirley Temple must have found it difficult and boring to stay up so late without refreshment.

According to legend, some anonymous softhearted bartender took pity on the child star and concocted a drink just for her -- the Shirley Temple, the iconic kiddie cocktail.

Combine ingredients and serve over ice in a highball glass. Garnish with a slice of orange or lemon for an extra pop of color.

There's more to ice than cubes. It's not too hard to find ice cube trays in interesting shapes, but you can jazz up ice in a regular tray, too. If you know the drink you're making will be sour, add a little honey or simple syrup to your ice cubes before you freeze them. Sprigs of mint, berries, grapes and small flowers can also be frozen in the tray. 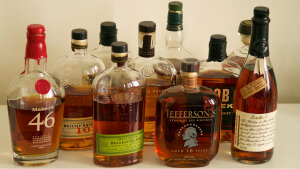 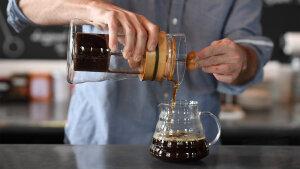 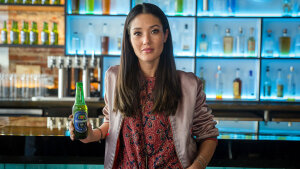