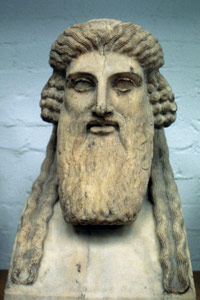 Dionysus, depicted here, is the Greek god of wine -- as well as drunkenness, parties and madness.
UniversalImagesGroup/Hulton Archive/Getty Images

When you think of Greece's contributions to civilization, you might think of democracy and philosophy, literature and architecture -- but probably not wine. Yet wine is deeply rooted in Greek culture. Ancient Greeks considered it a gift from the god Dionysus (who, judging from the festivals held in his honor, never heard the phrase "drink responsibly"). Wine even facilitated the learned debates of the famed Greek symposia, where it was diluted to promote inspiration without inebriation.

Wine was an economic force for Greece as well, exported throughout the Mediterranean. By 400 B.C., the Greeks had developed appellations of origin, a set of standards that defined different varieties of wine, to protect the quality of the product and the industry's integrity.

So what happened? War. Conquest. Insurrection. Christianity tamed the more hedonistic practices involving wine. Yet it was Christian monks who sustained the winemaking tradition for 400 years under the Ottoman Empire, when Muslim rulers would have let the art die on the vine or taxed it to death (drinking alcohol violates Islamic law). In the first half of the 20th century, two world wars and Greece's own civil war limited winemaking to small vineyards producing rustic wines for local markets.

Today Greek wines are enjoying a resurgence at home and growing interest abroad. State-of-the-art wineries employ advanced techniques of viticulture learned from winemakers in Bordeaux and scientists at University of California-Davis. Greece, together with the European Union, has resurrected the appellations of origin, now called Protected Geographical Status. Only wines from native grapes qualify. Criteria include the altitude of the vineyard, maximum yield per hectare, aging time and winery location, and dessert wines are further defined by the process used to sweeten them. As Greece's economic crisis shrinks domestic sales, vintners are making a concerted effort to introduce Americans to their best bottlings via retailers and restaurants.

So if you're unfamiliar with Greek wines, now is the time to get acquainted. To help you get started, we'll begin at the scholarly roots of the subject: the geography and earth science of Greece, and how they shape the country's main wine-producing regions. 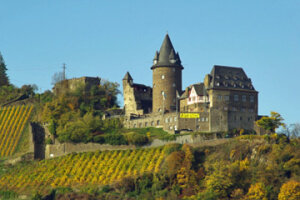 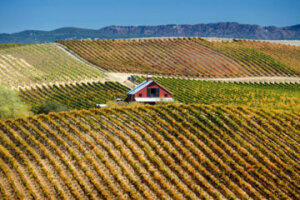