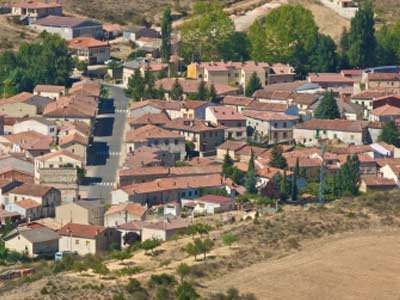 ­If you were a wine connoisseur searching for the best wines 30 years ago, the Ribera del Duero wine region probably wouldn­'t have even registered a blip on your radar screen.

Thirty years ago, this central Spanish region was mass-producing wines of little value without any kind of regulation­ or designation to ensure quality. Since then, however, not only has the Ribera del Duero wine region achieved a Designation of Origin, or DO, status, it is now a legitimate contender against Spain's traditional wine powerhouses, Rioja and Priorat. The region is even popular enough to claim the most expensive wine in all of Spain, made by Vega Sicilia [source: The Wine Doctor].

­And though the climate is much more extreme than you might expect from a wine-producing region -- think 100 degree (60 degree Celsius) differences -- the region doesn't focus on making extreme wines [source: Ribera del Duero]. Rather than spreading themselves across the board on whites, reds, rosés and sparkling wines, the Ribera del Duero wine region focuses on doing one thing and doing it well -- reds. And while the region does make several reds (as well as a few rosés and one white), Ribera del Duero is overwhelmingly devoted to a single grape that makes a single Spanish wine, the Tinto Fino, which you may know as the Tempranillo. This lone grape is responsible for approximately 95 percent of all wine production in the region [source: Cellar Tours].

The discovery of an ancient Roman mosaic that depicted winemaking in Ribera del Duero ensures that winemaking has been a part of the region's history for at least 2,000 years [source: Ribera del Duero]. It wasn't however, until around the 1200s that winemaking really grew into what we would recognize as similar to winemaking today. By then, the region had established regular wine production, even going so far as to have trading, exports and underground cellars. By the 1400s, ordinances and other measures were already being put in place to control the region's wine production, in addition to its trade and taxes.

But it would take more than 500 years for controls regarding quality to be put in place. Designation of Origin, or DO, status was only achieved in 1982 [source: CIV USA]. Prior to this, wine production quality was not controlled in Ribera del Duero, and therefore it suffered. Thanks to the relatively recent success of the Tinto Fino grape, however, Ribera del Duero winemaking has been put on the map.

Read on to learn how the extreme temperatures of the Ribera del Duero region lead to its fine grapes.

Though the Ribera del Duero wine region became DO certified a little more than two decades ago, this winemaking region is a quick learner ready to turn itself around. With the vast success of their quality red wines, in 2008 Ribera del Duero was upgraded to a denominación de origen calificada, also known as DOC or DOCa. This means the wines, grapes, production, vineyards -- even the alcohol levels -- are now closely regulated to turn out high quality wines. Ribera del Duero joins just two other Spanish winemaking regions that are DOC honored -- Rioja and Priorat [source: Furer]. The other wine regions of Spain are designated as DO, not DOC. ­

When thinking of grapes, viticulture and winemaking, you might be tempted to think of a temperate, moderate climate. Maybe add a lot of sun, not too much rain, and a mild winter. Throw in a cool summer breeze or a Mediterranean-style climate, and you've got the vast majority of winemaking regions covered. Ribera del Duero, however, doesn't follow such a pattern.

This river valley, located in central Spain north of Madrid, has loose, sedimentary soil, giving it a fertile base. Certain areas do include limestone, marl, chalk and iron within the soil as well. And, the closer you get to the river, the more clay content you'll find in the soil beneath your feet [source: Ribera del Duero].

Read on to discover the wines that are behind the success of the Ribera del Duero wine region.

Fit for a King

Ribera del Duero, while quickly giving Rioja and Priorat a run for their money in the Spanish-wine-powerhouse category, has more to offer than just being a wine region. The region has castle ruins and stone hamlets to bring out the most romanticized medieval dream you might have. However, there's no ignoring this region's push to be a major wine player, as it boasts many vineyards, underground wineries, and even a wine history museum [source: Brown]. ­

There are some multi-varietal reds and rosés in Ribera. These include Cabernets, Garnachas (Grenaches) and Merlots [source: Dawes]. While Ribera del Duero reds are often aged for years -- sometimes several decades -- if you're looking for a young wine, try a rosé. Ribera del Duero's rosés are ready soon after they are produced [source: Ribera del Duero].

Ribera del Duero overwhelmingly owes its success to the Tinta Fino, also known as the Tino del Pais or the Tempranillo. While many people contend that these are essentially the same grape, not everyone agrees. Some believe that it is merely a local name, while others believe each of these grapes are slight offshoots of each other. Some even call Tinta Fino a mutant of the Tempranillo. Either way, it makes for great wine that the Ribera del Duero wine region would be lost without [sources: Ribera del Duero, Di Wine Taste]. ­