by Kathryn Whitbourne Jul 8, 2016
Pasta can be part of a healthy diet -- and help with weight loss, says a new study. Shin Harada/Getty Images

You know how people like to tell you that in order to lose weight you need to lay off the white stuff — like bread, sugar and pasta. Well, maybe pasta can get a pass out of that unholy trio. A new study, published in the journal Nutrition and Diabetes, says that pasta might actually help you lose weight.

Before we get into the details, we should point out that the study was funded by Barilla (a leading pasta-making company) and the Italian Ministry of Economic Development, both of whom just might have a vested interest in a positive outcome. But the research was conducted by the department of epidemiology at the Neuromed Institute in Pozzilli, Italy and involved 23,000 people recruited for two earlier studies by the same department.

By examining the eating habits and the body weight of the participants, the study authors found that eating pasta was not associated with weight gain. In fact, the results showed the opposite. "Our data show that enjoying pasta according to individuals' needs contributes to a healthy body mass index, lower waist circumference and better waist-hip ratio," says lead study author George Pounis in a press statement.

So how could this be? It's important to bear in mind that we're not talking about your typical Olive Garden pasta meal, where a serving of lasagna Classico has 640 calories. No, what the researchers found was that eating small amounts of pasta as part of a Mediterranean diet including olive oil, tomatoes and other fruits and vegetables and fish, was healthy. Licia Iacoviello, head of the Laboratory of Molecular and Nutritional Epidemiology at Neuromed Institute, told the Washington Post that the typical pasta serving should be about a cup for someone eating 2,000 calories a day, which means 200 calories.

Pasta consumption has declined in the U.S. and even more so in Italy — 23 percent between 2003 and 2013. Italians see it as fattening too. But maybe everyone has gotten the wrong idea.

Now That's Important
When shopping for pasta, look for boxes clearly marked "100% whole wheat" or "100% whole grains" as opposed to products marked "made with wheat flour" which could mean refined flour.

No Wisdom in Crowds? One Head May Be Better Than Two or 22

The Power of Police, Protesters and Cell Phone Video 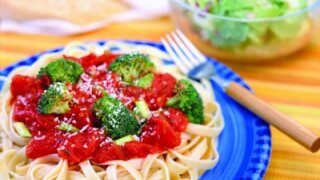 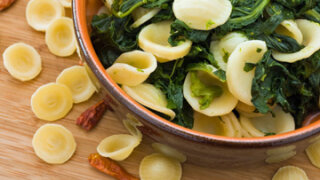 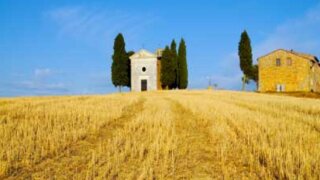 The Golgi Apparatus Acts Like a Mail Room for Eukaryotic Cells
July 6, 2020

What Was So Terrible About Ivan the Terrible?
July 6, 2020