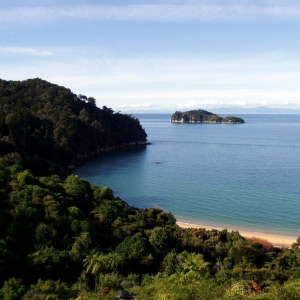 Nelson: It’s small, but it packs a punch. See our collection of wine pictures.
iStockphoto.com/Kate Borland

­Nelson. You've probably never heard of this region on the northern edge of New Zealand's South Island, but if you ever take a journey to that part of the world, you shouldn't miss it. It's full of little surprises you won't want to pass up.­

Nelson is a very small area in an already small country. Not much room for grape-growing here, but somehow it manages to rank eighth among wine-producing regions in New Zealand [source: Tourism]. There aren't too many people in Nelson, either -- it ranks 13th out of the country's 16 regions for population [source: Global Visas].

­The wines of Nelson aren't widely distributed around the world, but they have a great reputation among Kiwis (New Zealand residents). The wine history may not reach back hundreds of­ centuries, but the Nelson region has incorporated wine as an important part of its culture. Another point of interest is the viniculture in the region that produces two of its most successful wines, Chardonnay and Pinot Noir [source: Kiwi Wineries].

Click to the next page to discover the interesting historical and cultural points of the Nelson wine region.

So how did Nelson, now in contention with the other major wine-producing regions in New Zealand, get its name? Nope, it's not from the wrestling move or the '80s hair-metal band. You'd be closer if you recalled the name of British admiral Lord Nelson, who died in combat about 40 years before the region was founded [source: Encyclopedia Britannica].

Nelson has definitely blended wine into its strong history of art and culture. The area is known for its artists, artisans and beautiful gardens. People in the area pride themselves on being from the art hub of New Zealand. Luckily for wine growers, wine drinkers and the region's economy, wine is a perfect partner for Nelson's prominent arts scene. In fact, Nelsonians consider wine an art and a lifestyle.

The Nelson Aromatics Symposium, which features discussions, speeches, tastings, workshops and appearances by world-renowned winemakers, has become a major part of the region's wine culture. It isn't an annual event, but it holds a special place among the best of the best. The first one was held in 2007 and was a huge success, and the next symposium is scheduled for early February 2010 [source: Wine Art].

Nelson's wines haven't received as much worldwide attention as some other New Zealand wines -- like the Sauvignon Blancs from neighboring Marlborough, for instance. And though New Zealand's wine distribution and fame may pale in comparison to Australia's, the export statistics have definitely been increasing over the past decade or so. In 1996, New Zealand exported 11 million liters of wine. In 2007, 76 million liters were sent out to foreign lands [source: New Zealand Trade and Enterprise]. This is good news for regions like Nelson.

Read the next page to learn about how agriculture shapes this special region in New Zealand.

The 2007 Aromatics Symposium was the first of its kind in Nelson. Despite any first-time jitters the organizers may have had, they must have been shocked when their 160 tickets sold out three months in advance. If that doesn’t spell success … [source: Wine Art].­

Nelson makes a hefty buck or two from its agricultural pursuits, whether those pursuits are related to food or wine. Nelson does it all: the growing, the harvesting and the eating [source: Wines of New Zealand].

Nelson is a small region, so it has a pretty uniform climate, and its agriculture doesn't vary much. But there is some diversity in soil types because of the varying topography of the region. The Moutere Hills have loamy clay soil, and the soil on the sunny Waimea Plains is more rocky. So winemaking is scattered throughout the area, and the wines differ depending on the soil. In general, regional horticulturists consider Nelson to be a dependable grape-growing area.

Nelson is a coastal region with mountains to the west that tend to shield it from rain -- it ranks second in New Zealand in sunlight hours per year, but does get more rain than neighboring Marlborough, which is known to be rather dry [source: Kiwi Wineries]. The temperatures are generally cool, so the area doesn't support warm-weather grapes, like Cabernet, very well.

Click to the last page to learn about the world-renowned wines of the Nelson wine region.

Nelson’s main city is also called Nelson. Nelson is a quaint, garden-filled town that has a view of the Tasman Bay. The area is a hot spot for hiking, walking and camping, especially in Abel Tasman National Park and the Kahurangi National Park.­

Because Nelson is so small, you might expect it to produce one main type of wine, maybe two, tops. But guess again -- Nelson actually specializes in four wines: Chardonnay, Pinot Noir, Sauvignon Blanc and Riesling. These varietals represent about 80 percent of the region's land devoted to grapevines [source: New Zealand Trade and Enterprise].

The most important varieties that Nelson wineries produce are Chardonnay and Pinot Noir. Chardonnay takes the cake as the top wine in the Nelson region [source: Wine-Searcher]. Chardonnay is also the most widely planted grape variety in the whole of New Zealand [source: New Zealand Trade and Enterprise].

Next on the list are Sauvignon Blanc and Riesling. Nelson is known for adding a unique twist to its Sauvignon Blancs, different than other regions and countries might produce [source: Wine Art].

Aside from the top four, Nelson is also coming into its own by experimenting with the wines known as aromatics. These include Pinot Gris and Gewuztraminer [source: Wine Art].

Now that you're equipped with this valuable knowledge of the wines of the Nelson region, feel free to pass on the snippets of information you learned about this New Zealand region to your friends. And if you ever run into any Kiwis out in the world, you'll be able to carry on a conversation that involves something near and dear to their hearts. For additional information, visit the links on the next page.

If you’re interested in traveling to New Zealand to get a taste of the region’s wines firsthand, it might be a good idea to investigate the Nelson wine trail. Many people rave about the scenery of this area -- and the tasty restaurants. Plus, there’s no shortage of accommodations, so you don’t have to cram everything into one day [Source: WTN].­