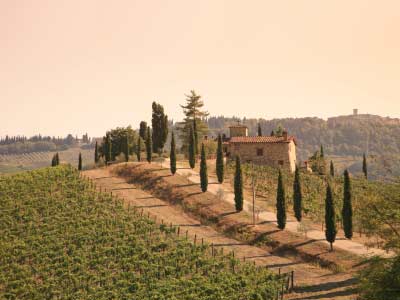 For any true Italian wine connoisseur, Tuscany is must-see locale. The region is responsible for producing some of the most reputable wines on the planet. And for many, it's almost impossible to hear mention of Tuscany without picturing its rolling hills covered in grape vines. It's fitting that a country so prominent in the history of viticulture would have a rich history itself. In fact, Tuscany­'s story begins nearly 3,000 years ago when the Etruscans first settled the area, bringing vines and the art of grape cultivation with them.

There are more than 157,000 acres (63,500 hectares) of vineyards throughout Tuscany and the region produces almost 7.3 billion ounces of wine every year [source: Wine Country]. For a long time, Tuscany turned out enormous quantities of wine without any rules or regulations. More recently, however, production has been nearly halved as quality has come into focus and new laws have been put in place.

You'd be hard pressed to find a region more ideally suited for wine production than Tuscany. It could be called the land of balance. Equilibrium exists within the region that creates a climate perfectly suited for the cultivation of grapes. In fact, when the Etruscans first planted vines there they grew like trees -- producing a huge amount of grapes [source: Tuscany Wine].

One of the most famous wines in the world, and perhaps Italy's most famous of all, is produced in Tuscany. Chianti can be traced all the way back to the 15th century [source: Easy Wine]. Interestingly, the Chianti of those days was a white wine rather than a red. The laws and standards by which producers make Chianti today weren't established until the 1900s.

In a country known for its wine, Tuscany produces more than 30 DOC wines and half a dozen DOCG wines [source: Wine Country]. DOC stands for Denomination of Controlled Origin, and DOCG stands for Denomination of Controlled and Guaranteed Origin. Both labels presume quality, and DOCG represents the highest standard in Italian wine. Recognizing 30 DOC wines means Tuscany has a reputation for great wine, which makes sense. After all, they've had 3,000 years to perfect it.

What events shaped viticulture in those 3,000 years? Check out the next page.

The World of Wine 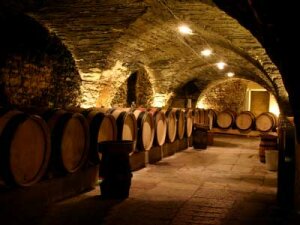 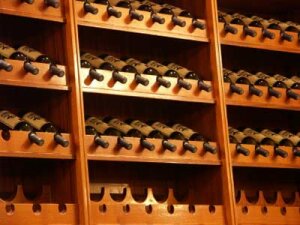