10 Foods We Love to Hate 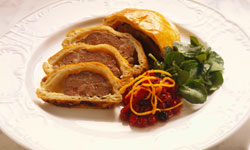 Liver in your strudel? Organ-stuffed pastry is probably one food you and your toddler can agree to dislike. Think you know your food? Test your skills with this image gallery.
Photodisc/Thinkstock

Picky toddlers with advanced verbal skills? More like adults with serious food prejudices. While not quite as finicky as those of 3-year-olds, full-grown taste buds have some strong opinions -- and some aren't even based on taste. Sometimes, they're carried over from childhood.

Everyone's food preferences are different, of course, but there are some distastes that, if not universal, at least have a pretty wide following. Here, 10 of the foods we love to hate and suggestions on how we might get past a few of our culinary prejudices.

We'll begin with a great piece of bait. What did this little fish ever do to you anyways?

10. Anchovies Fired Me for No Reason 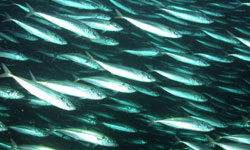 Anchovies look nice enough in the water -- and less nice on your plate.
Photo courtesy of NOAA

Canned meat often has a tough time (just ask the next food on the list) in the over-10 crowd. Fish, often, is the exception -- tuna does great, and salmon does OK. Anchovies, though, top the hate list of many an American, unless we're talking about bait.

The smell is fishy, sure, but that's to be expected. Appearance, perhaps, doesn't help -- all those long, silvery bodies heaped like, well, bodies, in a can. But many anchovy-haters blame texture above all. One SlashFood contributor likened it to an eyebrow.

Up next, a vegetable even some vegans might shy away from. 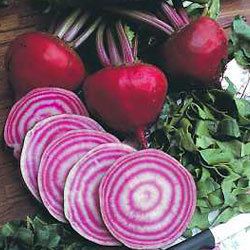 Unless you're the owner of a famous fictional beet farm, you likely take it easy on these iron-rich vegetables.
Photo courtesy of NorthCarolina.gov

They're packed with iron, they give borscht its distinctive hue, they can be pickled, boiled or buttered, and many of us have never tried one. Beets, while a favorite of some, turn off a substantial portion of the U.S. population.

It could be the taste. Some people find them to have a metallic thing going on, possibly the result of all that wonderful iron. It could be the smell, which reminds some people of, well, dirt.

Or it could be the deep, deep pink color which, when combined with a certain density of texture not often found in a root vegetable, can give off sort of a red-meat vibe.

Plus, that deep, deep pink will stain your shirt for always and forever.

Try This: Thinly slice some pickled beets in a fancy salad with cheese and nuts in it, and wear a bib.

Up next, a food that stinks. Literally.

Perhaps "stinky" cheeses are an acquired taste (or smell). There are those who can't live without the heavenly aroma of bleu cheeses like Gorgonzola, Roquefort, or Stilton.

And there are those who can't bear the ungodly stench of moldy dairy products.

The latter club perhaps has more members. It may be as much the idea of the food as it is the smell and the taste. The mold that produces bleu cheeses' signature tang and odor is something that most people take as a sign of "going bad" and put it in the trash can, not on the salad.

Try This: Sprinkle some crumbled bleu cheese on a big, juicy hamburger.

Up next, a childhood fear that stands the test of time.

7. Brussels Sprouts Dumped Me in College 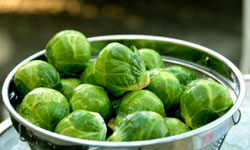 Brussels sprouts can taste crunchy and delicious with a little butter and garlic. Just don't cook them to death.
©iStockphoto.com/Funwithfood

Childhood tantrums about Brussels sprouts are the stuff of legends. Many a child has sat for many an hour in front of plate of them. Many an adult won't allow the cabbage variant in the house.

Mom served them because they're healthy, rich in antioxidants and possibly protect against cancer and high cholesterol. And hey, some people love 'em. In Germany, for instance, they're hugely popular.

But elsewhere, they might as well be a hitchhiker wearing a hockey mask. Main objections to Brussels sprouts include a bitter taste, a sulfurous smell and some major gas-producing abilities.

Plus, most people cook them to death. Brussels sprouts aren't supposed to be mushy.

Try This: Boil them for five minutes and then toss in a sauce of olive oil, salt and garlic. Top generously with parmesan cheese.

Up next, eating the unfertilized…

6. Caviar is Such a Snob 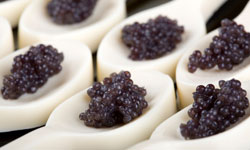 Caviar is costly, but some people swear it's worth every penny.
©iStockphoto.com/Petristock

It's expensive, yes. And it has a sort of je ne sais quoi -- there's something indulgent about caviar, especially the ultra-fine beluga variety (which can cost up to $12,000 a pound). Some people swear it's worth every penny. Many more won't go near it.

It could be a texture thing. Caviar has the consistency of, say, bath beads, if bath beads were so soft and mushy they burst their contents at the slightest touch.

It could also have something to do with the nature of those contents: unfertilized sturgeon eggs. "Caviar" is also known as "fish roe," removed from the ovaries of Caspian Sea sturgeon, and the most expensive varieties are unpasteurized.

Or maybe so many people hate caviar because so few can afford it.

Try This: A tiny dollop of caviar (which is often served with toast points and hard-boiled egg) on a mini, open-faced egg-salad sandwich.

While you'll find it all around the world, snail cuisine is typically associated with France, where it's a relatively popular appetizer. Escargot is French for "snails."

In America, it's a relatively popular punch line among the non-foodie crowd. Escargot, or cooked snails, is a dish that inspires near-epic food prejudice, widely considered inedible and, more specifically, "gross" and "slimy."

Is escargot any slimier than, say, clams or mussels? Maybe not. Maybe it's a sometimes rocky Franco-American relationship that makes them seem so darned gooey.

Try This: Call them "Freedom snails."

Up next, speaking of punch lines… 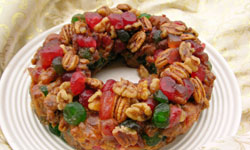 If fruitcake seems like a perfectly good waste of nuts, candy and liquor, you may be in the majority.
©iStockphoto.com/jodiecoston

Fruitcake is perhaps the quintessential Christmas-dinner gift. People have been bringing it over for decades. Maybe centuries.

The same one, every year.

There's something about fruitcake that produces a cringe in adults and children alike, many of whom have never tasted one. For one thing, it has this glazed-over look that makes it seem like it actually has been around for centuries. (That's the liquor.) And then there's the whole "fruit" aspect. As far as appearances go, "Jujube cake" is more like it. (Actually, those are bits of candied fruit.)

It's a classic food hate and a prejudice born, for some, of ignorance. For all we know, it's ambrosia. We, for one, have heard the home-baked variety can be downright OK.

Try This: Taste it.

Up next, you know it in many forms…

3. Liver Beat Me Up in Third Grade 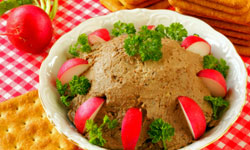 Never has an organ been so despised in so many preparations -- liver and onions, foie gras, pâté, chopped, raw as liver sashimi, broiled, fried -- and from so many sources, including ox, chicken, goose, pig and lamb. It's an iron-rich childhood nightmare that won't go away.

Lots of people may desperately love it, but far more people desperately hate it. Like so many of the foods we love to hate, the liver issue appears to draw on some combination of matter -- the texture, according to some, is chalky -- and mind: It's a liver. A liver. It removes waste, for God's sake!

Why liver is harder to eat than butt (the ground round in your hamburger) is anybody's guess. Maybe this particular ick is purely physical after all.

Up next, you'd probably eat it if you had to…

2. SPAM Made Me Eat SPAM 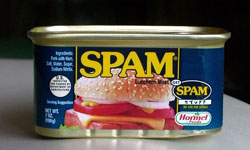 This is one food hatred it may be safe to embrace (at least for the sake of your saturated fat intake).
Photo courtesy of Justice.gov

Oh, how Americans love to bad-mouth SPAM. Hormel's timeless "SPiced hAM" has found a place on store shelves since 1937 and now comes in "Hot and Spicy," "Hickory Smoke," "Less Sodium" and, of course, "Lite" varieties, among others. All are equally ridiculed by most people with enough money to buy more-expensive meat, many of the people who don't, and almost everyone who had to eat it as a kid.

There are, we hear, people who absolutely love the stuff but keep a low profile. Others insist it's not half bad fried.

But the majority sees it as a last, pre-starvation resort, seemingly due partly to salty taste, partly to the utterly processed texture and appearance of it, partly to the 30-percent allowance of daily saturated fat in one serving, and partly to the Monty Python SPAM sketch.

Chances are, the sketch produced some devoted SPAM lovers, as well.

Try This: If you need a cheap protein source, but can't stomach SPAM, replace it with light chunked tuna. It's almost as cheap and won't clog your arteries.

Up next -- do you know how they make that?

The widespread hate directed at veal has little to do with taste, texture, smell or appearance. It is, for lack of a better word, a moral thing.

Anti-animal-cruelty groups and those who support their mission tend to be unhappy about veal. Sometimes vehemently unhappy. There are organized groups and protests against this particular food.

We won't go into specifics, but if you want to know, you can check out an overview in the New York Times article "Veal to Love, Without the Guilt."

But then, with veal as with every food we love to hate, there are those who just plain love it. LOVE IT.

Blanket statements about tastes are just so silly. 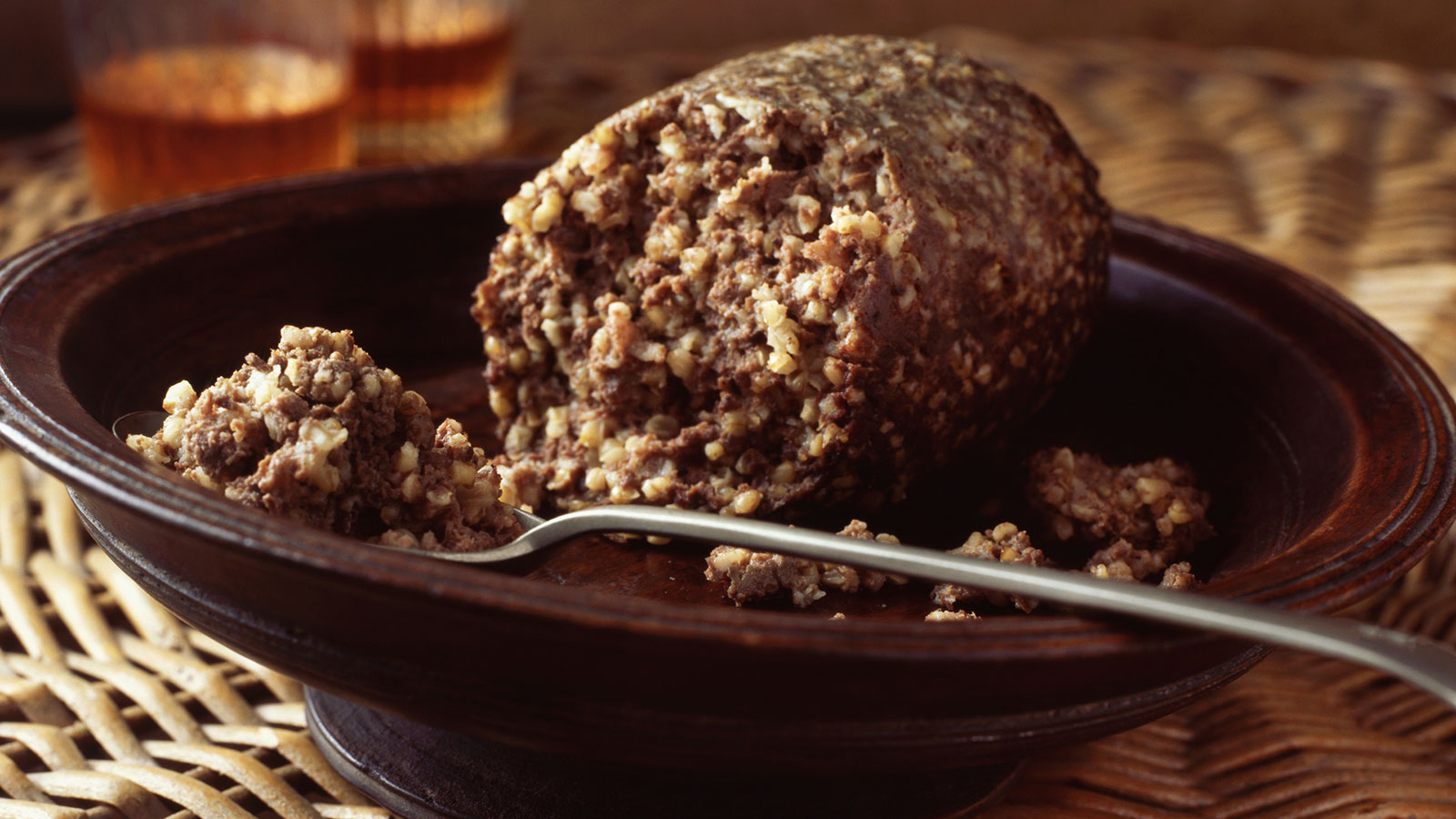 What's So 'Offal' About Haggis and Why's It Banned in the U.S.?

The national dish of Scotland is banned in America. But whose idea was it to stuff a sheep's stomach bag and boil it? And what does it taste like?