by Chris Obenschain
Prev NEXT
5 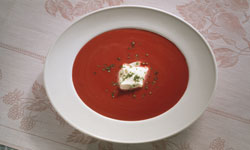 Is that a dollop of yogurt or sour cream? Your taste buds might not discern the difference, either.
Eising/Getty Images

Ah, sour cream! This rich, fatty ingredient is a critical element in everything from waffles to cheesecakes. Sour cream typically contains anywhere from 18 to 20 percent butterfat, so it's not exactly great for those of us on a diet [source: Joachim]. However, there are several low-fat and reduced calorie substitutions that work well in its place.

Even though it doesn't have the same sweet tang, yogurt holds its own when standing in for sour cream. Whole-milk yogurt still has less fat than regular sour cream, and its active cultures help aid digestion. Yogurt is thick and holds up well during baking, though you may find the final product to be a bit drier than you would with sour cream. When you substitute yogurt or milk for sour cream, be sure to add 1 tablespoon of lemon juice for every cup.

If you're out of sour cream and don't have any yogurt in the fridge, you can also use a combination of fat-free evaporated milk and lemon juice. 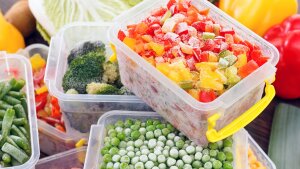