Tired of boring water? How about a frozen concoction by the pool this summer instead? See more pictures of cool food and drinks for summer.
iStockphoto.com/Chiyacat

As school lets out for the summer and temperatures start to rise, kids of all ages head outside to play, swim or practice a sport. And while it's a time for fun and frolic, it also can be very dangerous. Between 1999 and 2003, there were almost 3,500 deaths attributed to the heat [source: Centers for Disease Control]. And each of these deaths could have most likely been prevented. One of the leading causes of heat-related deaths is dehydration -- simply not getting enough fluids to sustain your body.

Now, you've probably heard that you need to drink eight 8-ounce (0.236-liter) glasses of water per day to achieve the desired intake of water. But scientists are now finding that may not be the case. According to Planet Green, any liquids you ingest (except alcohol) can be attributed to your daily intake of water [source: PlanetGreen.com]. If you're like me, you're probably breathing a sigh of relief right now. Water is great and everything, but sometimes, you just need more flavor -- a change from the mundane. Well, HowStuffWorks is here to help. We've compiled a list of our 10 favorite drinks to enjoy in the warmer months, so take a bust out the blender and pull out the pitchers for these mouth-watering concoctions.

Not only will this cooler quench your thirst, but at just 59 calories and a full serving of fruit in each glass, it will be kind to your waist-line, too. And the sparkling water gives it a fun fizz to make this drink anything but boring. Get the recipe for the Citrus Cooler.

With only three ingredients, this may be the easiest recipe on our list and one that's sure to please the kids. You can use one flavor or several depending on your tastes and the taste of your guests. Oh, and be sure to keep an eye on your glass for the color of your drink to change. Get the recipe for the Frozen Rainbow Bubbler.

An ancient Chinese proverb states, "Better to be deprived of food for three days, than tea for one." And with so many benefits said to be in green tea, it may just be true. But if you want to cool down and jazz up your green tea, check out the recipe for Mint-Green Tea Cooler.

Do you want to get your children in on the fun? This sweet treat is geared for a younger crowd but will make the adults smile, too. Grab the kids and your favorite candies and get to work crafting the perfect face for this bubbly drink. See the recipe for Bobbing Head Punch.

If you can't head to the islands this summer, then just bring the islands to you. This tropical, tasty tea has the flavors of a Hawaiian luau, without spending the big bucks to relax in paradise. Get the Guava Fruit Punch recipe.

If all of this yummy summer goodness has you on calorie overload, then we've got just the drink for you. Using fresh fruit and low-fat or fat-free ingredients, this strawberry blend will cool you down and trim you down at the same time. Check out the Strawberry Delights recipe.

If you want a new spin on an old classic, then look no further than the banana split shake. It uses all of the ingredients as a traditional banana split, but takes those ingredients and whips them all together in the blender. Mouth watering? Get the recipe for Banana Split Shakes.

While the name implies this is the perfect fake cocktail for the winter months, it's anything but. This frozen treat will keep you cool in the hot sun, and you'll be sure to slurp up the last drop before it melts. Make your very own Snowbird Mocktail.

I know we told you earlier that alcohol doesn't count towards your water intake of the day, but sometimes, it just hits the spot. For a more adult party, try serving this red-wine concoction. It'll leave your guests begging for more. Check out the Cranberry Sangria recipe.

Feeling a little bit more adventurous than champagne and orange juice for your Sunday brunch? Why not try the frozen version of this weekend favorite. This icy drink will surely beat the heat any time of day. Get the recipe for Icy Mimosas. 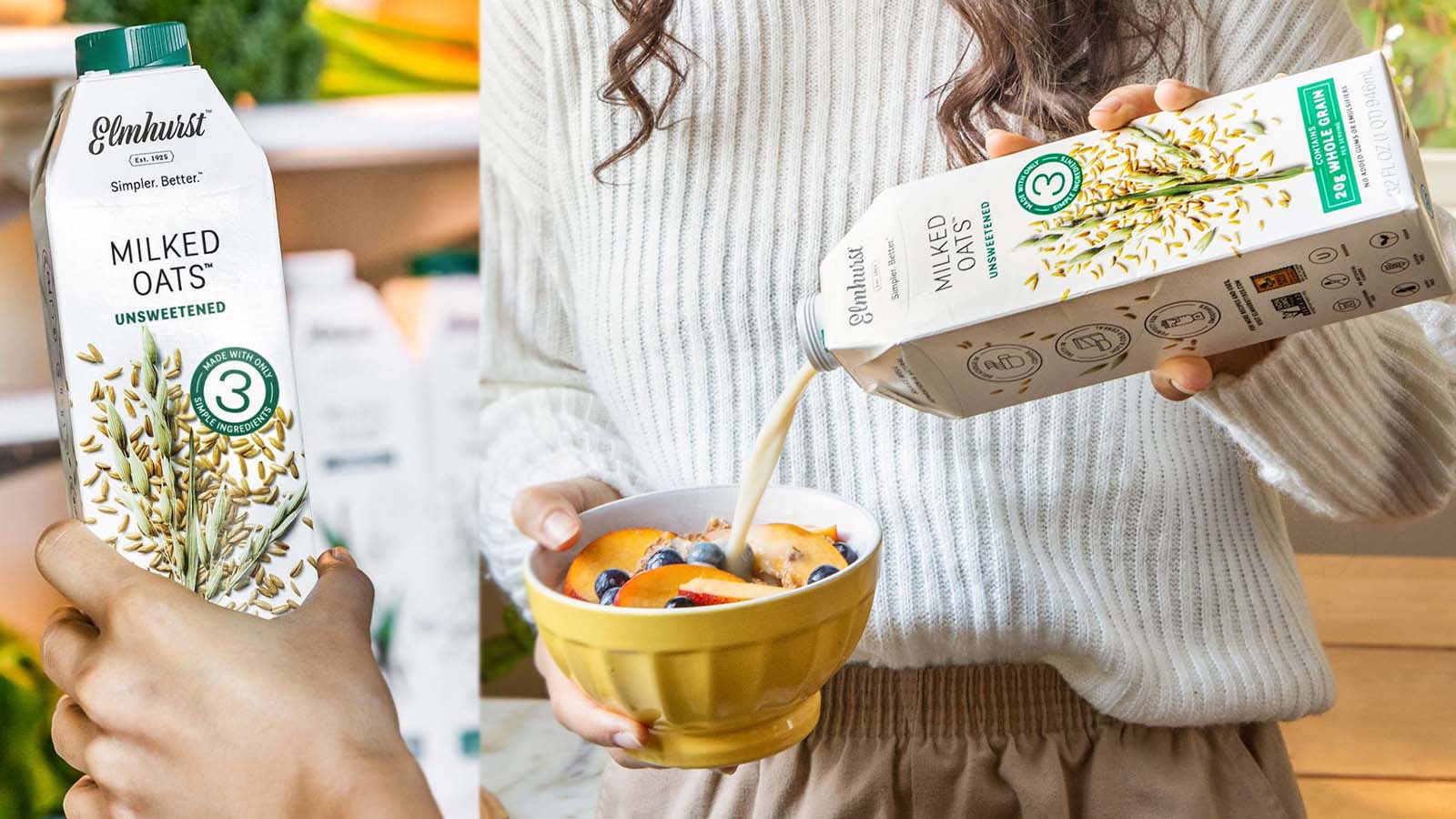 There's really no shortage when it comes to milk alternatives. But oat milk seems to stand out. Why is it so hot right now?